Outside, in an empty lot right behind Uncle Bobbie’s Coffee and Books on Church Lane, there are blank white walls for any artist to come paint. They’re called freedom walls. They’re just one part of a project led by Ourchive, a “community-based archive” that works to preserve the ideas and art that emerges from grassroots social justice movements. They also provide community programs and resources in art, literature and organizing.

Ourchive was created by Victor Jackson, a Germantown native whose family has been in the area for generations.  Ourchive asks questions and seeks answers about how organizations succeed and fail. It will digitally archive the process of the organization and how art and activism work together.

It’s not just about archiving and research, though.  The organization also responds to the basic needs of a community. They began a food distribution program after the Covid-19 outbreak hit, and continue to work with partners to give out free food. Germantown Supply Hub has partnered with them, and is also now set up at the physical space (called the People’s Lot) on Church Lane a couple days a week, providing free food, fresh produce from local farms, baby supplies, and PPE.

Jackson is primarily a writer, but also a visual artist, studying the art of graffiti, and making furniture. As a youth, he participated in the Philly Youth Poetry Movement and as an adult he worked with the organization.  After winning a prestigious fellowship from the Poetry Foundation in 2018, which included seed money to create his own non-profit, he thought about his next steps and what he wanted to bring to the world.

In coming up with the idea for his non-profit, Jackson thought about his past involvement, as an artist, with various social justice organizations and movements. “And I realized that the thing that had hurt me the most was all the work we had done to bridge art and activism wasn’t saved. There wasn’t a process for organizations to save, or people to save the work that they had done so [other] people could study the ups and downs, the highs and lows, or what went wrong and what went right.”

Part of Jackson’s plans for the People’s Lot include raised garden beds, in collaboration with Vintadelphia, a custom furniture design company.  Just recently they held an outdoor open mic in the lot. In the future, Jackson would love to see the space used for a DJ battle, a b-boy battle, or possibly family friendly film screenings.

Jackson doesn’t believe Ourchive has to exist for a long time, and in fact, thinks it shouldn’t. The organization doesn't take grants at the moment. Jackson wants to think outside the limitations of funding and capitalism, to make sure they are able to be radical in their archiving and strategizing. Resources, respecting people’s time, and creating sustainable plans are more important to him.

“Doing the right thing becomes easier, becomes joyful, becomes the time that you have fun…” said Jackson. “The idea is to make it a space that people enjoy being in naturally, and that’s the idea we want to have with all the work we do, even the work we do with feeding people.”

The way Ourchive has been able to use the outdoor People’s Lot in a variety of inclusive ways was something Jackson always wanted growing up. He wasn’t always comfortable with outdoor spaces.

“Personally I used to struggle with being outside,” Jackson said. “I was never afraid of gun violence around my neighborhood. I was afraid of going outside because of the 14th [police district]. There were times when I was getting out of school and I was told that I was loitering even though I lived around here, even though I walked that route every day.”

It took time for Jackson to feel different about being outside. “I thought every time I went outside the house I had to have a reason, and I didn't realize that it was a problematic view until someone told me that outside is outside. I literally thought that [as a Black boy] had to have [a reason] to be outside.”

When he started working on the empty lot Jackson asked himself what happens when you provide a safe space? Would people do their best to make it inclusive, or would people gatekeep? While he still has his own fears and his own answers, he hopes that the work will show him things he didn’t expect.

“I hope the research that we do here, as radical, and as fun, and as inclusive, and as fly as it will be, will help give us answers about how to solve it. I'm tired of talking about it. I really want a solution.” 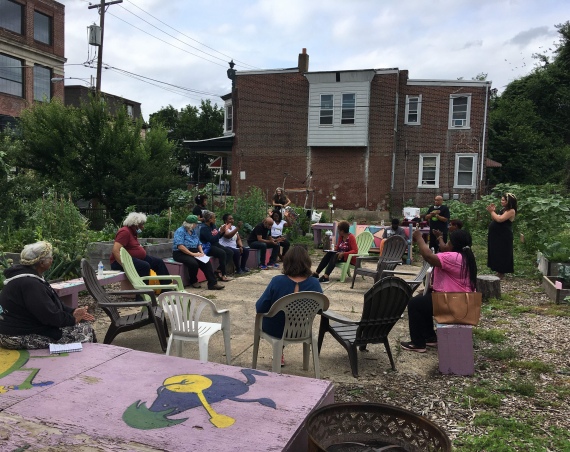 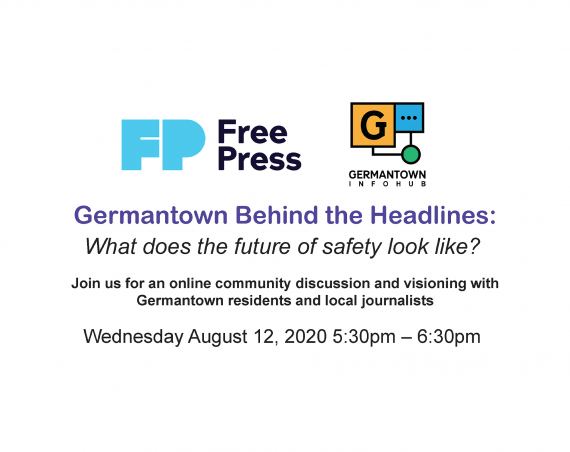 Join the conversation about the future of policing in Germantown 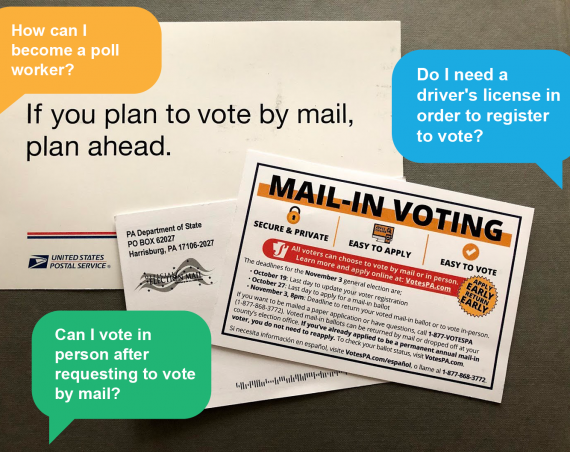