Busch, a folk musician and visual artist, plays an active role in the neighborhood

Birdie Busch is always cooking up “a combo platter of like visual and like creative arts” with her involvement in Germantown. Advocacy for the restorative preservation of buildings is peppered into the platter.

The visual and musical artist is a Germantown neighbor folks go to for advice about how to design visually.

“I am extremely dedicated to creative practice and using creativity as a means to enrich my life and the people, you know, that I share time and space with,” Busch said.

While some might know Busch from her five albums or tours, many Germantown residents know her as a neighbor active in the community.

Hailed as a “woman of many talents” by friends, Busch does art in Germantown, finds inspiration from other neighborhood artists, and participates in her community.

“There’s so many great musicians too in Germantown as well as poets and visual artists,” Busch said.

Since she’s lived in Germantown, a neighborhood Busch calls “a really inspiring neck of the woods,” after moving in 2014, Busch has thought more about her art being in a public atmosphere.

After seeing the art owners Renny Molenaar and Rocio Cabello of the iMPeRFecT Gallery featured, Busch became inspired to “do more work that people could just see street-side,” she said.

One beloved public art project Busch worked on includes a storefront activation through Germantown United CDC with Alison Dilworth, which is still around today. They painted the windows of Bargain Thrift Center to frame the window displays with pattern work inspired by folk art.

“Sue, the owner, had kind of envisioned painting, like almost like a permanent installation of painted windows that that kind of corresponded with a new sign that she was getting at the time,” Busch said.

Last spring, Busch did an artist residency with Philly Forests and Painted Bride Art Center with the Resistance Garden project, in which she created an informational Vitamin poster and banners of her collages.

“I was just so overjoyed to have that as a project and have another project that is very locally based and also outside so that people can enjoy it when they’re walking through Awbury,” said Busch.

Up-cycling used political yard signs and spray painting with leaves as stencils, in half an hour, Busch created a sign for the Fernhill Food Forest, a project in which Germantown resident Jaron Olevsky and his neighbors are growing fruit trees and establishing a food ecosystem in Fernhill Park.

“I had just been talking to Birdie a lot about, you know, ideas that I had, and she has a really good sense of making a space warm and welcoming,” said Olevsky, who is also a longtime friend of Busch’s, who records music with her. “She just sort of has an artistic lens of the world that just sort of comes naturally, and it’s just going to happen.”

Earlier this holiday season, Busch lent her art skills to create a small business holiday digital newsletter with lists of Germantown businesses putting on winter events and suggestions for where to buy gifts. Busch made the newsletter in collaboration with Laura Lacy, co-owner of Attic Brewing Company, one of the businesses featured in the newsletter, which was filled with “great images and fonts,” Lacy said.

“Birdie and I together came up with the idea of putting out a winter newsletter. And I knew that she has a really good eye for design and a really good handle on the pulse of the neighborhood,” Lacy said.

Since Attic Brewing’s opening in 2020, Lacy has collaborated with Busch many times. These collaborations include DJ sets and live performances, participating in their gallery, showing up as a vendor at their holiday market, using one of her collages as the Stratacat Hazy IPA beer can label, creating Valentines, and painting murals in the beer garden.

“I think that Germantown is really lucky to have someone like Birdie who really dedicates a lot of her time and energy and effort into uplifting and amplifying on the cool things that are happening around the neighborhood,” Lacy added.

The murals at Attic Brewing aren’t the only mural work on Busch’s resume; she also assisted in a painting for Mural Arts in the summer of 2021 at Queen Lane and Greene Street.

Busch did freelance design work for Germantown United CDC and helped them with a festival before the pandemic. Busch said that this year for the holidays, she helped put together storefront decoration supplies bags for business owners with the CDC.

An advocate for the restoration and adaptive reuse of buildings instead of demolition, Busch and other neighbors recently submitted letters of support for the Bolton Store on Germantown Avenue and Logan Street to be designated as a historical site and not be demolished. Chestnut Hill Local reported that this designation stopped a developer from demolishing the building.

Busch and the neighbors were “kind of trying to shift the collective consciousness in the neighborhood to, like, not knocking these buildings down, and trying to adaptively reuse them whenever possible,” she said.

Her passion for buildings transcends her activism and moves into her artwork. Busch said that architectural aspects of buildings influence her designs, specifically her abstract work and repetitive pattern work.

At the end of each year, Busch takes time to plan out the art she will focus on for the new year. She is currently working on that.

Coming up for Busch, she plans to record a new album in 2023. 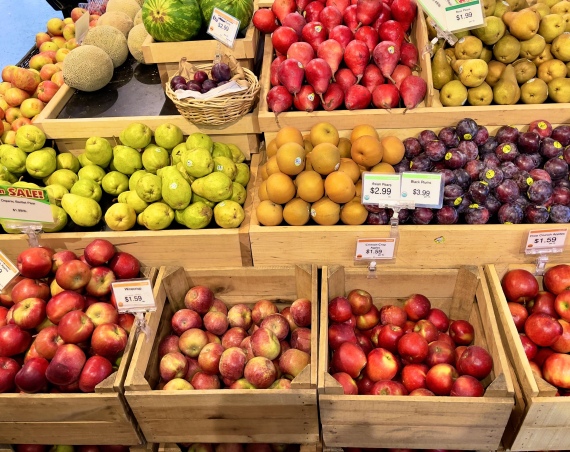 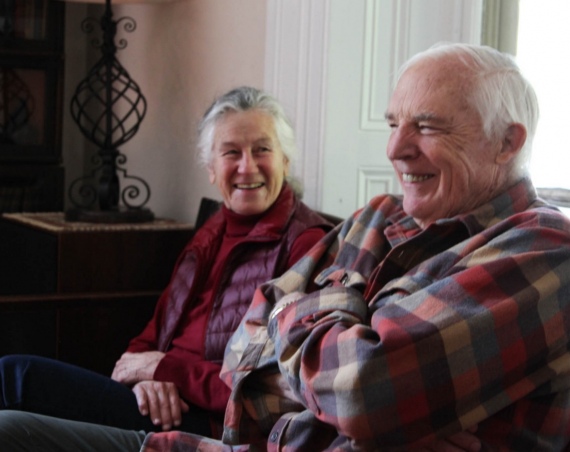