It was love at first sight when Philadelphia artist, Nomad, came across graffiti art. At the age of six, Nomad crossed the intersection of Greene Street and Chelten Avenue, there at the top of several buildings was graffiti work.

Nomad was curious about how graffiti artists performed their work, how long it took and what their messages meant.

“That was why I fell in love with it,” Nomad said. “The way I look at art now, like fine art now, that’s the way graffiti made me feel as a child.”

Nomad is a born-and-raised Germantown resident who dabbles in several forms of expression. He is a fashion designer, self-taught artist, activist, a “proud Black man from Germantown,” and more recently the artist whose graffiti decorates the neighborhood with the classic Nomad Face, a graffiti styled face found in many pieces of his work.

The G-town resident began his formal street art journey in 2016. Nomad said his girlfriend introduced him to art when she enrolled in a fine arts class. He then told her, “I think I want to spray paint.”

The rest is history.

But Nomad’s street art has evolved. He first tagged his name, and then birthed the Nomad face. Now the face is accompanied by several messages the artist said are important in his life. A few messages include, “Black is Beautiful,” “Stop Killing Each other” and recently in catching traction in Germantown “Stop Gentrifying this Jawn.”

While there are several definitions of Gentrification, Nomad defines the tricky phrase as higher ups bringing down an area’s the property value, and later rebuilding or renovation the area to replace long-time residents with affluent populations. Because of this process, the artist said many neighborhood staples have disappeared in Germantown.

“And the fact that I see that other things are being wiped out,” Nomad said. “That was what kinda really what I guess started my call to action.”

The Germantown artist said he was influenced by Keith Haring to add a message to his art. Harring is an American artist whose pop art and graffiti-like work grew out of the New York City street culture of the 1980s. Nomad decided to add messages to his art after reading Haring used similar tactics.

“So it was like one one of those things where I was like, ‘Hmm, I could keep putting my name up or keep putting this face up everywhere, but I might as well put a message with it’”, Nomad said. “And once I started putting the message with it, that’s when people really started gravitating towards it.”

He soon found his work painted over, or he found additional messages added to his work.

Moreover, Nomad had his first exhibition at the Imperfect Gallery on Germantown Avenue, titled “Pieces of a Man.” The exhibition was based on rapper Mick Jenkins’ “Pieces of a Man” album. The music plays homage to jazz artist Gil Scott-Heron’s same titled album. Nomad said he was in love with both albums which led him to this decision.

The exhibition began Nov. 23, with three other local artists. Nomad said Imperfect was the perfect place to showcase his work. The artist said his messages are either received well or misunderstood, but is adamant his art is only for those who appreciate it.

“I don’t want to just go places and do stuff for money,” Nomad said. “I felt like I could have presented my work anywhere in the city, but Germantown, understood the story.”

But graffiti is not the only art Nomad practices. He first sparked creativity with clothes. He insists clothing says a lot about who you are. “I would say it started with not just wanting to be an individual,” Nomad said, “It was never wanting to look like nobody else.”

In 2017, the Nomad birthed the Good Samaritans brand, where each item is a one-of-a-kind piece, meaning no article of clothing looks the same. Additionally the artist is practicing realism, the attempt to represent a subject matter truthfully. 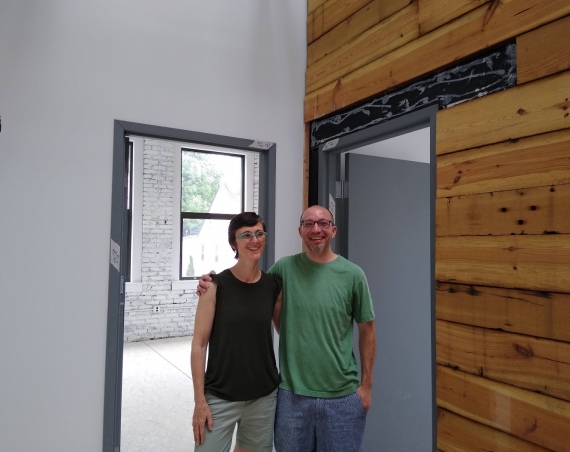 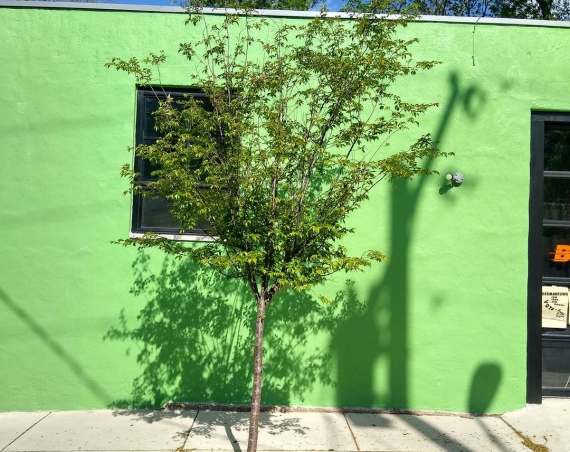