On a June afternoon, 40-year-old Channel Saunders sat on her ruby red three-seater couch and stared at nine large moving boxes scattered across her living room.  They were empty for now, but not for long. The boxes would soon be packed up and used to move Saunders and her family’s belongings to a new home.

The mother of seven hoped that the Germantown neighborhood would be her family’s permanent home, but this year her landlord decided to discontinue participation in a housing program that makes the six-bedroom home affordable for Saunders. “I don’t like the move at all,” Saunders said. “I love the environment that I’m in, where my kids can be kids and they don’t have to feel unsafe and uncomfortable.”

Saunders is moving from Germantown because her landlord, Apex Realty, ended their agreement with Philadelphia Housing Authority’s Housing Choice Voucher program. HCV is a program where private landlords rent their properties to low-income families, and PHA subsidizes part of the rent. The program was formerly known as Section 8.

According to Saunders, her landlord said they wanted out of the PHA program. “Their claim is they don’t want to be a part of PHA anymore because they can get more money outside of them,” Saunders said.

Saunders said that the housing authority gave her a different explanation.”PHA’s claim is, you know, they’re not complying with our rules,” We reached out to both PHA and Apex Realty. Neither party replied to requests for comment.

While she was unable to confirm the reason why the landlord is leaving the program, moving and finding a new home is up to the mother of seven. This will be Saunders’ fourth move in Philadelphia since 2013. Every move costs Saunders stress, money and her time.

According to David Wengert, a Community Legal Services social worker, while HCV is an important opportunity for low-income families, the voucher program comes with challenges.

“It’s a hard story to tell because in many ways people are desperate for vouchers,” Wengert said. “They don’t want to hear that a voucher could be problematic. But in the end, yeah, having a voucher is gonna come with its own set of issues.”

Landlords receive a larger subsidized rent for properties in higher income neighborhoods and less for properties in low-income areas. On Jan. 1 2020, PHA made a change to HCV payments standards, or how much money PHA subsidizes for a property rent. They changed their “small area market fair rents” (SAMFR).

Designed by the US Department of Housing and Urban Development, the SAMFR system calculates average subsidized rent by zip code instead of the city’s average. The SAMFR categorized zip codes into four groups. Germantown zip codes 19138 and 19144 are in group two, also known as mid-range rents.

Germantown’s zip codes will receive a lower subsidized rent than a Roxborough zip code like 19128. In simpler terms, if there are similar four-bedroom homes in Germantown and Roxborough, PHA will subsidize a higher rent for the Roxborough home.

Residents like Saunders, who live in low-income areas, experience private landlords opting out of the program because PHA won’t subsidize the amount of rent they desire. Wengert said Community Legal Services now reminds people to look at the zip code of a property, because that’s the deciding factor in how much rent PHA can subsidize. “It’s trickier because you really better be paying close attention to the zip code,”

This is just one example of how “Section 8” can be a headache, according to public housing analyst and urban affairs columnist Scott Beyer. Beyer’s columns appear in Forbes, HousingOnline.com, and in March he published a  column on Section 8 reform on the Catalyst news website.

He said the theory of the housing choice program is great, but the application falls short because the program depends on private landlords. The analyst said the complications and changes to Section 8 may cause private landlords to avoid the program because it can be easier and more profitable to rent to tenants without PHA subsidies.

“A lot of the reason they won’t accept the voucher is because of government regulation that makes the program inflexible for the landlord,” Beyer said. “It comes with all these controls on how much they can charge for the unit. So it’s a price control.”

According to a 2018 Urban Institute study, 67% of Philadelphia landlords deny housing vouchers. Beyer said searching for a new landlord can feel like a waste of time.

“Think about that from the tenants perspective, if you’re having to call around and go on all these tours, and then like waste all this time, and people aren’t gonna accept your voucher.”

When looking for homes, Saunders said it was difficult to find someone willing to accept her voucher. In Philadelphia, private landlords have the right to deny a housing voucher. At one point Saunders did find another housing option, but was denied.

“[The Landlord] said, ‘Well, I can’t take you because I only like tenants where Section 8 pays the majority rent or all of their rent,’” Saunders said. “So I’m not poor enough for me to find a new house, but I’m too poor for me to get a house on my own. How am I supposed to win with those odds?”

Philadelphia residents and law firms claim private landlords participate in rent discrimination by denying Section 8 vouchers according to the The Inquirer. Wengert said this is considered income discrimination, discriminating against a person because of the way in which they’re paying the rent.

“We’re in a situation where people are desperate for housing,” Wengert said. “As a result, landlords get to make a lot of the rules about who they’re going to accept and how they’re going to screen people and all this stuff. It ends up being a real complicated solution.”

Saunders finally found a home in the Nicetown neighborhood of Philadelphia, near Germantown. She hopes the five-bedroom home is only temporary because Saunders is done renting.

“I want to do the first time homebuyers program,” Saunders said. She is working to purchase through the Homeownership Division at PHA.

Information on housing resources offered by Community Legal Services can be found here. 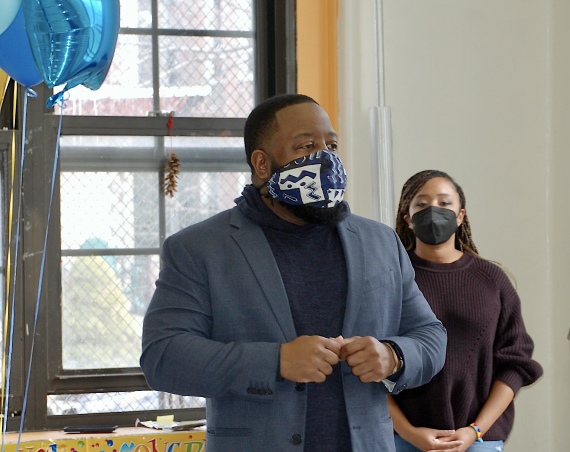 Germantown Neighbors: Asinia Abdul-Wakeel and his dedication to Philly youth 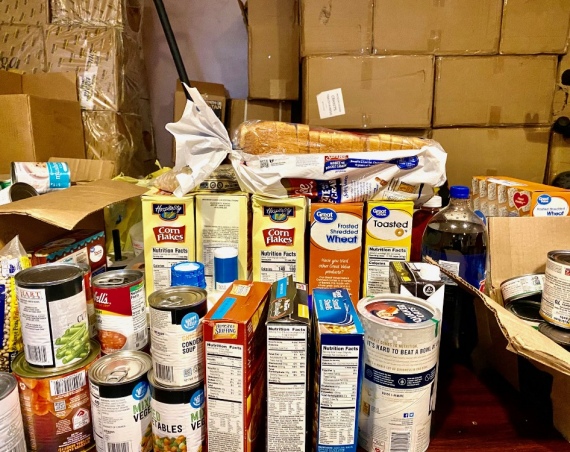 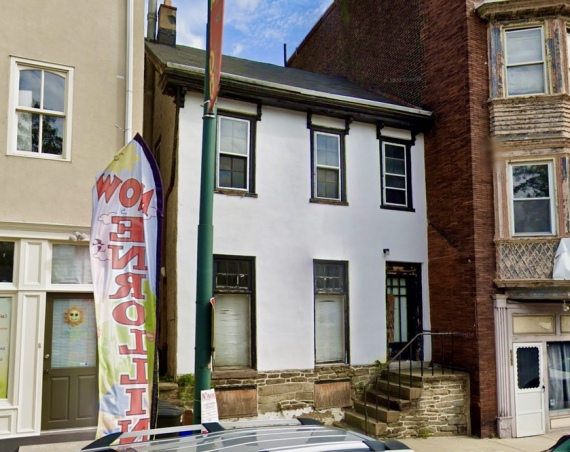