Germantown Avenue and Chelten share a bustling intersection, with a brand new Dominican cafe on the corner, a popular shoe and clothing store, and a Walgreens pharmacy nearby.

But does a fully plant based, zero waste grocery store fit in?

David Rose and his consulting firm Sally Blagg are planning just that. Rose, a transplant Germantown resident of two years, will open the specialty store in the coming months to serve his community. Germantown Grocer is set to open in mid-2019. It will sell organic and vegan products to Germantown residents at “comparable” prices to any other store, with a variety of local options. EBT will also be accepted.

Germantown may not seem like the neighborhood where a niche grocery store could work. Oftentimes, gourmet grocery stores are one of the first signs of gentrification. For Germantown, which is a majority Black community with incomes spanning from middle class to people experiencing poverty, a plant-based store sounds like it would alienate people from entering.

But it’s much deeper for Rose: he believes the idea of plant based and healthy food available directly in his neighborhood is essential to his Indigenous and Black history and identity. And he’s put in the ground work in the community to find out how he can make the grocery store for everyone in the community.

But even further, Rose says he’s thought out each piece of this grocery store to make it more affordable than other options in the area and make it a community space for his neighbors to gather.

“The Grocery store shouldn’t be just a food source, there’s a community to it,” he added, comparing it to the atmosphere of Reading Terminal Market.

This wouldn’t be the first place that has catered to vegans in the area.

The Nile cafe has been serving vegan soul food and desserts for decades, and All the Way Live is a vegan and raw food restaurant with a dedicated following. Both are located along Germantown Avenue. “Despite what market studies are saying, Germantown is a thriving vegan community,” Rose said. Rose and his family are all vegans.

Years of city disinvestment and a changing economic landscape have created a strip of Germantown Avenue with limited options for any grocery shopping in general. The Murray’s, mostly frozen and convenience foods, is going out of business, and the Acme and Cousins supermarkets are miles away in either direction.

Because of this, some residents said they shop for their groceries out of the neighborhood. Trader Joe’s, Fresh Grocer, Acme, or even Whole Foods are a few of their options, all of which require a lengthy car or bus ride from Germantown.

Zendra Shareef is a mother of six, longtime Germantown resident, and vegetarian. She shops outside of the neighborhood at Trader Joe’s for the options and prices, and Shoprite, Whole Foods, and the Weavers Way Co-op.

She sees the potential of a plant based grocer but also the challenges of rooting it in Germantown.

“People don’t just buy into something because it’s true, or because it’s right or because it’s popular or trending,” Shareef said. “You have to spend some time and make good with the neighborhood. You can’t come in … and assume anything about the people. You have to be ready to serve the population.”

But the population is exactly what Rose believes he has in mind. The grocery store will be filled with “a million pieces from a million places,” each one intentional to the community’s wants, Rose said.

“We want to identify assets and connect the dots,” he said, adding that this could be connected all right within the store.

The store will be along Germantown Avenue near School House Lane. It’s filling a vacant adult video store, that had earlier been a record store, Rose said. Like his ambitious personality, he’ll not only be selling groceries, but continue the tradition of selling records at his store.

Planning for this grocery store, Rose said he’s spoken to at least 100 people to get their opinions and gauge what they’re interested in. From these conversations, he found that many people wanted to shop for organic groceries in Germantown, and that there was a niche in the community wanting an organic food source.

“The idea was to first seed ourselves down in this community and really find out what the need is, from the inside and from that build strong relationships,” Rose said.

One large part of Germantown Grocer will be its community partners, like the local urban gardens which will have permits to sell their produce on the store’s stoop each day.

The grocery store will create zero waste because of its proposed partnership with Ball Mason Jars. People can purchase loose foods in bulk and store them in reusable Ball jars.

Another proposed partner, Cunningham Piano, will gift one of its pianos to be the centerpiece of the store. A pianist will come and play it in the store frequently, Rose said.

Elizabette Andrade, owner of Germantown food education program Cooking Alchemy and a food literacy educator, said she buys her local vegetables at Germantown Kitchen Garden and does most of the rest of her shopping at Fresh Grocer, Weavers Way Co-op in Mt. Airy or Whole Foods.

“I feel like Germantown is changing, and there’s a need for [Germantown Grocer],” she said. “People might be unfamiliar with some healthy ingredients. Even me. When I saw kohlrabi at the farm stand a few years ago, I didn’t know what it was. But I tried it, and liked it. You just have to learn what to do with different ingredients.”

Teaching what to do with an ingredient like kohlrabi might be one of the lessons provided by the other part of Rose’s plan: an educational kitchen in the back of the store called Daughters, set to open in 2020. Named after his daughters, it will allow residents to learn how to use different ingredients or cooking skills that may be unfamiliar to them.

The specialization of the zero-waste, plant-based shop is what Rose thinks will make it successful, he said.

“There is longing for it in Germantown.” 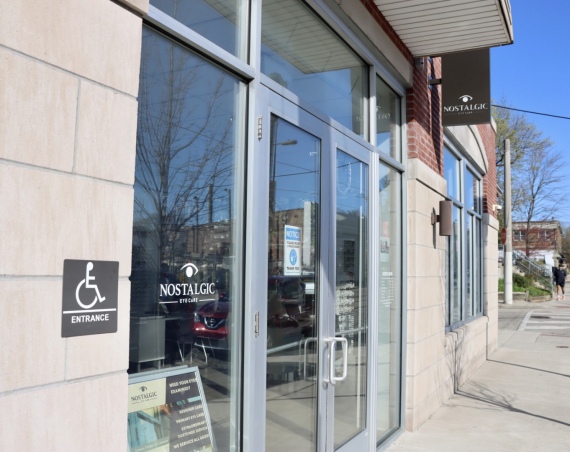 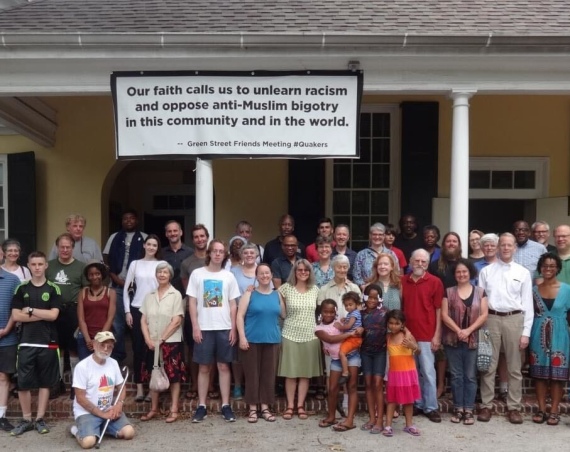 Legal clinics are a first step of a ten year $500,000 initiative to provide reparatory justice to Black Germantowners