Jackson spotted the sign when she arrived home after running errands on Saturday, January 14. While she isn’t sure who commissioned the signs, she said she saw two people walking down School House Lane with signs before she got home.

The post garnered 50 comments before it went private. But this wasn’t the end of the conversation, nor the signs.

Other neighbors and members of the Changing Germantown and Living In Germantown: All Together Facebook groups, both private, began to post their sightings and interactions with the signs. Everyone had their thoughts and feelings about them, including that these signs may be the blight they claim to combat, but there was one common question everyone posed — who is responsible for these signs?

Some neighbors believe the sign was commissioned by the president and CEO of Brown’s Super Stores, Jeff Brown, who is currently running for mayor of Philadelphia. A similar sign was spotted in a Tik Tok video on the @jeffbrownformayor account.

The Germantown Info Hub reached out to Jeff Brown’s media team about the signs, but we got no answer. However, a thread of posts on Twitter by @GwenSynderPHL on January 17 says that Brown’s campaign denies any involvement. Her tweets also reveal that Germantown isn’t the only place these signs appear, as hers spoke about sightings in West Philadelphia. As well as that, the signs have the “bug” at the bottom, indicating they were printed using union labor (a must in a Democratic primary).

Comments in the Facebook groups mentioned above also said they were spotted in Mt. Airy and West Oak Lane.

Another source, who asked to remain anonymous, says someone knocked on his door to deliver one of the signs, but when he didn’t answer, they placed four door hangers at his door.

At the top of both sides of the door hanger reads, “CITY HALL HAS FAILED US,” with “VOTE FOR CHANGE” at the bottom. The middle section of one side has an arrow pointing up with the words “trash,” “opioids,” “crime,” and “taxes,” indicating an increase of these things in the city. The arrow pointing down, representing what’s decreasing in the city, is “leadership,” accountability,” and “results.”

The second side of the door hanger has city statistics and records from The Inquirer, including homicide, fatal overdoses, and unemployment.

The bottom of the door hanger has a tiny logo indicating the signs, and door hangers could be commissioned by the Painters and Allied Trades Union. The Germantown Info Hub messaged IUPAT District Council 21 on Facebook for a comment on the materials being left at people’s properties but got no response.

State Representative Darisha Parker posted on Instagram about the signs found throughout the Germantown neighborhood, saying that the profanity on the signs is inappropriate and should be removed. She asks that if people know who’s responsible for these postings, contact her office at (215) 849-6426 or repparker@pahouse.net.

The Germantown Info Hub intends to follow up with all parties listed above to keep our neighbors informed about the posting of the signs. If you have any information about who could be behind these random postings, please email rasheed@resolvephilly.org. 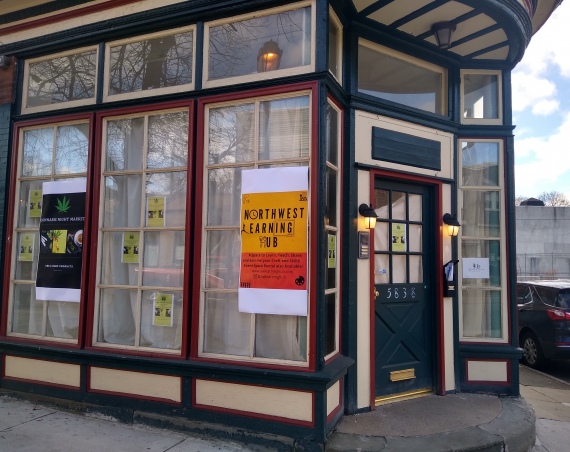 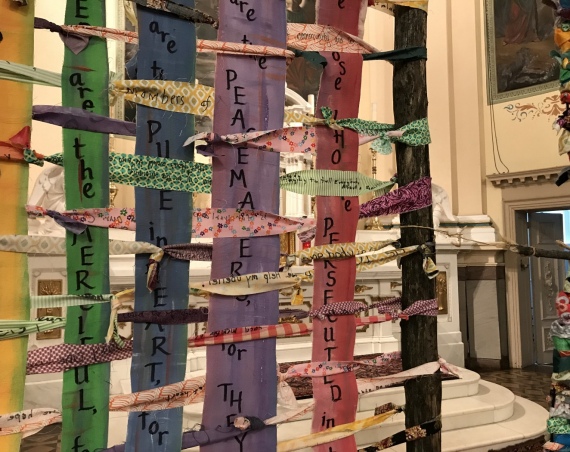 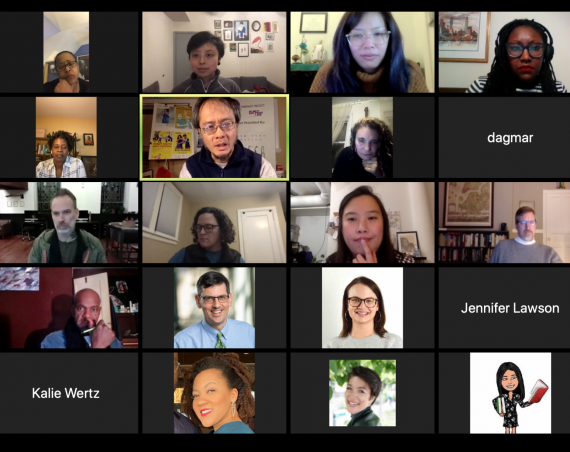