Several mornings a week, Clarice Thomas walks to two coffee shops near her home,  Ultimo and Dunkin Donuts on Wayne Avenue. But caffeine is not on the mind of this Germantown resident; voting is. Thomas takes a rolling cart, packed with voter registration forms and voting information, talking with customers as they arrive.

Over on Haines Street,  Barbara Kigozi, spends most of her week going door-to-door to give out voter information and texting and talking on the phone with neighbors about November’s election. Sometimes she joins Thomas to talk with neighbors at the coffee shops as they get their morning brew.

“It’s just a matter of educating people about their options,” Thomas said.

Thomas and Kigozi make up the Democratic Committee for the 59th Ward in Northwest Philadelphia. Thomas joined the committee three years ago, and Kigozi entered a year before. The democratic committee prepares 800 constituents for elections every six months by providing voting and candidate platform information. While the committee is organized around their democrat constituents, they do not tell people who to vote for. “We make sure that people come out to vote with the best information on candidates and issues,” Kigozi said.

The first step to voting is registering; Thomas and Kigozi carry voter registration applications. If you are unsure if you’re registered, they can help. On-the-spot, they pull up the Can I Vote website on their smartphones to see if you’re registered at your current address. Additionally, citizens can register to vote in-person at the City Commissioners’ Voter Registration Office and online.

The two women have information on voting in person and mail-in ballots including instructions on filling out the form and how to track your ballot once mailed. Kigozi said the information has been beneficial because some people are voting by mail for the first time.

“I met a guy the other day who didn’t know he was filling out an absentee ballot,” Kigozi said. “He kept asking ‘why are they asking about my health.’ It turns out he should’ve been asking for a mail-in ballot instead of an absentee ballot.”

Thomas said some people aren’t aware that the City Council and the state government changed voting guidelines.  In 2019 the Pennsylvania General Assembly passed Act 77, reforming the state’s election laws. Now, any registered voter can apply for a mail-in ballot without a reason.  Also mail-in ballots can be requested and submitted in person to the Board of Elections Office in City Hall. All applications for mail-in ballots must be received by the Elections office by Oct. 27 by 5 p.m.

While the women are dedicated to relaying information, this election is different from most, according to Kigozi. She said most of her interactions and conversations with neighbors are intimate. She hasn’t come across many people who are not voting. Kigozi said most people want to know more about voting due to concerns about COVID-19 and the current Trump administration.

“It’s a very emotional exchange,” Kigozi said. “I think this election is different than any other one because people are connecting their personal loss, whether it’s a job, or a family member.”

Thomas and Kigozi can be found around Germantown one to two times a week, giving out information. With 55 days left until the election, Thomas said they will only increase their engagement.

“It’s like teaching someone to drive a car,” Thomas said. “You don’t drive a car until you learn about it. So that’s what we’re doing. Getting people the information so they can decide how they want to vote.”

All completed mail-in, absentee, alternative, and emergency ballots must be received by the Philadelphia Board of Elections office no later than 8:00 PM on Nov.3, the day of the election. Find more information about voting at Philadelphiavotes.com. 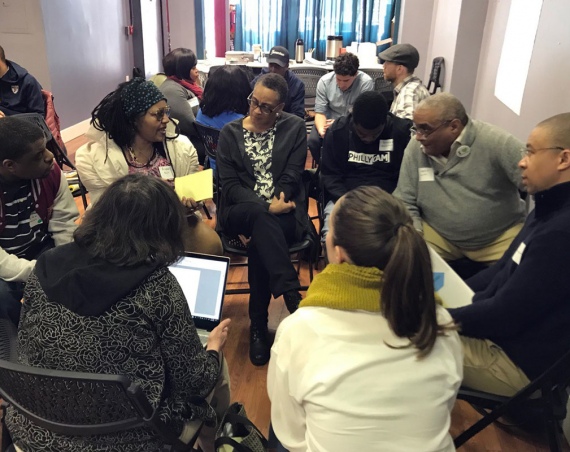 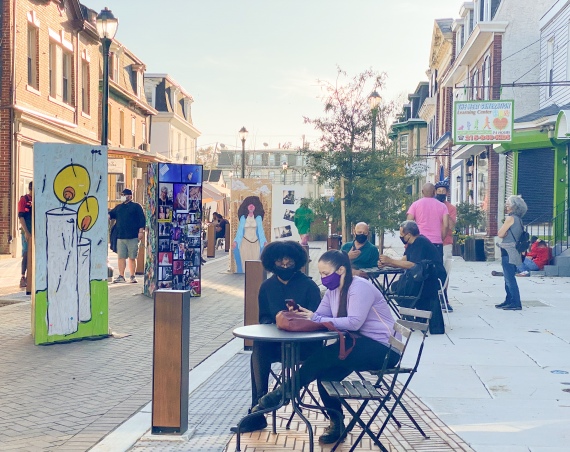 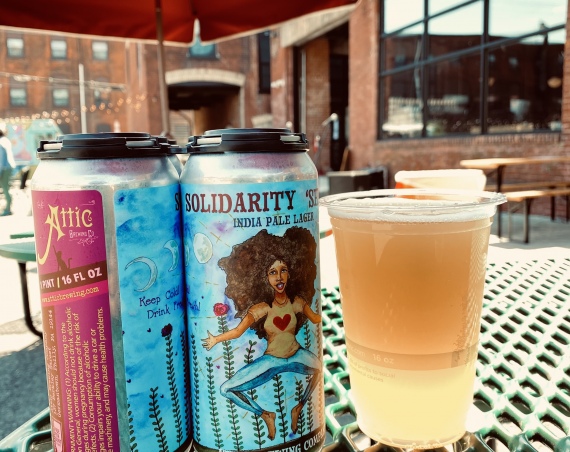 GREAT and Attic team up for Solidarity Shine