Rebuilding Community Infrastructure (Rebuild) is probably the most significant project that Mayor Jim Kenney will leave when he exits the city’s top seat in office in January 2024. In 2016, Mayor Kenney announced Rebuild as his $500 million investment program to revitalize Philadelphia’s parks, recreation centers, libraries, and playgrounds by investing in neighborhoods with high rates of drug crimes, poverty, or health risks. While big investors like the William Penn Foundation were pledging $100 million to the program, it was made possible largely by the then-new Philadelphia Beverage Tax (often called the soda tax). While more than 400 sites are available for reconstruction, 72 are actively underway, and Vernon Park is one of them.

In their October community meeting, the Friends of Vernon Park (FOVP), a volunteer stewardship group, invited Rebuild to announce the approval and modifications to the park. The key improvements mentioned for Phase 1 of the project were:

These upgrades are decided through one of three components of Rebuild, which is its Community Engagement and Empowerment component. This component ensures that representatives work with the community surrounding specific sites to inform what improvements get enacted. Rebuild Community Engagement Director Amanda Colon-Smith says that while they employ consultants to do community engagement work for some sites, she and Community Engagement Manager Heather McClain are working hands-on with Germantown community members for the Vernon Park project.

“We’re on this one. We listened to this community, met with them, and brought those ideas directly to the design team,” says Colon-Smith. “This group was super organized, so we had a lot of information right then and there to be able to transfer.”

Beyond repairing existing facilities, Rebuild promises physical Improvements, which is what most community members understand to be the most substantial part of the program.

Friends of Vernon Park steward, Angela Miles says, “it feels good” to know that Vernon Park is one of the latest beneficiaries of the Rebuild project. Miles has been a part of the Friends group for ten years now. But sadly, she says she and others have been requesting repairs for things for over half of her time there.

And while excited about the improvements, Miles’ decade-long membership with the Friends group informs her concern about the upkeep and maintenance of said improvements. She says, “I’ve learned a lot about how the city works and doesn’t work in terms of funding and in terms of maintenance.”

“One of the challenges that I know that Friends of Vernon Park is not unique in facing is that there seem to be opportunities for grants and special projects a lot of the time,” Miles says. “But, there are limited funds for regular everyday maintenance, for example. There are over 100 parks, and there are [only around 50] seasonal maintenance attendants who work for Parks and Recreation on a seasonal basis.”

Miles says that they are thankful for all the work that Parks and Recreation do to support parks and recreation centers around the city on a limited budget and with limited staff. Likewise, she shares that they have gotten some great maintenance attendants in the past, but when they’re not there, much of that work falls on the volunteers.

One improvement under discussion for Phase 2 is a Portland Loo, which is a small, free-standing bathroom for public use. Miles isn’t against the idea, if done properly. “It has to be well maintained. And that can’t be a seasonal employee’s responsibility.

She says it’s just not clear how improvements like that will be maintained, so unless it becomes clear, she cannot, in good faith, support it. Councilmember for the 8th district Cindy Bass says that a bathroom was something many community members wanted to see during the Community Engagement proponent. The councilmember says she is committed to holding the administration to its promise of adding the bathroom to the park.

Haneef Hill, the founder of the Urban Youth Kings and Queens, embraces the idea of a bathroom. Hill brought the ballpark out of its dormant state when he started using it for the young ones. The Urban Youth Kings and Queens is a nonprofit organization that seeks to educate and empower Philadelphia’s children and adolescents through wellness, sports, and after-school programs to recognize their talents, pursue college, and become community leaders.

“I believe we need it,” Hill says about the possibility of a bathroom. “I rent a porta-potty for the season because we’re playing baseball, and the kids don’t have a bathroom. I think that’s a huge asset. You know, we can’t have access to new programs without restrooms, washing hands, and stuff like that.” But the possibility of a Portland Loo isn’t the only thing that Hill says will impact the quality of his work with the youth.

When Hill adopted the space for the kids, he also had to assume the responsibility of maintaining that park section during the baseball season. To ensure the best quality for the kids and their families, Hill and his team’s duties include cleaning up the trash, hosting community clean-up days before the season begins, and even leveling the field. But while he may be able to maintain the appearance of the ball field, some things are out of his control.

A significant issue for the Urban Youth Kings and Queens is that there need to be seating areas for their families during game time, which is why one of the essential improvements Hill looks forward to is bleachers and more benches.

“My parents are bringing out lawn chairs, or they’re just standing up,” Hill reveals. “Having a place where people can sit around, and kids can actually sit in the dugout on a bench and watch the game, I mean, it makes sense.”

Hill emphasizes the importance of investment in Philadelphia neighborhoods, remarking that the “kids deserve it.” He continues, “the reality is that when we take our kids out to the counties or Jersey, their parks are amazing. And the kids would ask why our field doesn’t look like this. So when the city does do these makeovers, it does a lot. The kids want to feel like they’re appreciated. The same way these other counties have nice parks, I think our kids deserve the same thing.”

The last component of the Rebuild is its Diversity and Economic Inclusion component, which strives to hire locals, ensure diversity amongst contractors and workforce, improve access to the building trades for women and minorities, and create opportunities for local small businesses to grow.

Speaking on the importance of this proponent, Councilmember Bass says, “it’s very important that the staff and people you interact with are from the community. There are folks on the ground who know the neighborhood best. Chances are, they already know many people in the neighborhood.”

Raymond Smeriglio of Rebuild says they’re “boasting an over 60% diverse participation rate in [their] contracting both construction and professional services.” He says there are Black and Brown and women-owned businesses on construction sites running jobs that they’re excited about. He says this Rebuild accomplishes this in a couple of different ways.

“Obviously, the commitment to diverse contracting. But also, we run two business support programs,” Smeriglio explains. “Rebuild Ready, which empowers and works with businesses to get them ready for public works projects. We understand it’s arduous to go through the entire bid process on city capital projects. So giving Black and Brown and women-owned businesses the resources and support they need to bid and win those jobs.”

He continues, “also, we have a program called Emerging Vendors program, which helps get those businesses certified. That process, too, is long and takes time. And then I’ll finally say, for me, it’s an exercise of trust in government. We are going to communities, openly talking about what we’re doing here, what they can help you with, and then delivering on that promise.”

Councilmember Bass says that while Rebuild was initially something she stood behind, seeing how the vision formed has been much of a disappointment for various reasons. First, she calls out the everchanging investment amount referenced in public.

The 8th district council member also says there were promises for new buildings, facilities, and amenities, but only some of the sites around the city got them. “I think there’s more than could be done that should be done, even though I know this administration is wrapping up,” she says. “I think we need to figure out how we get as close to what was originally promised as possible.”

Earlier this year, a Billy Penn article noted that Olney Recreation Center and Vare Recreation Center in South Philly are getting newly built facilities and will have significant expansions. Kingsessing will get a new roof.

Councilmember Bass was vocal earlier this year about the 8th district receiving significantly less fund allocation through Rebuild, though the need was higher than other districts that received more allocations. She reasserted her position on the situation when asked whether particular sites have gotten more prioritization over those with more significant needs.

“We have all these places with really significant need,” she says, mentioning places like Waterview, Kimble Park, Wister, Lonnie Young, Morris Estate, and Heritage playground. “And the idea that we received something to the tune of $26 million, which is about half of what others received, speaks to political payback. And it’s okay because we were able to right the wrong, but it should have never been because the people of the Eighth District have supported the mayor, and they’ve supported myself, and they count on us to work together.”

Councilmember Bass says the Eighth District is receiving closer to $45 million, which is still lower than others have received, but she’s devoted to continuing to right that wrong as long as she’s in office.

Rebuild representatives Colon-Smith and Smeriglio also wanted to address the concerns around the late initiation of Rebuild, citing the litigation against the soda tax as one of the primary reasons. There were also staff turnovers during this period spurred by the legal delays. Current executive director of the program Kira Strong only began her leadership two years ago after former ED Nicole Westerman stepped down due to the years-long delay.

Colon-Smith, who came to move to Philadelphia to work on this project, says that this was also “lifting up something that had never been done.” She continues, “the projects are coming. We’re here. We’re ready to do it. And we’re just really grateful for the patience the communities have had along the way. I just want folks to know we’re taking the intentionality to deliver a project that was worth the wait.”

The construction is set to begin this month and is expected to continue through Spring 2023, weather permitting. According to the presentation at the October Friends group meeting, a stand-alone water fountain, the Portland Loo, and the relocation of the existing shed is set for Phase 2 of the project timeline.
See the details about the improvements at www.friendsofvernonpark.org/rebuild and learn more about Rebuild at www.rebuild.phila.gov or email rebuild@phila.gov. 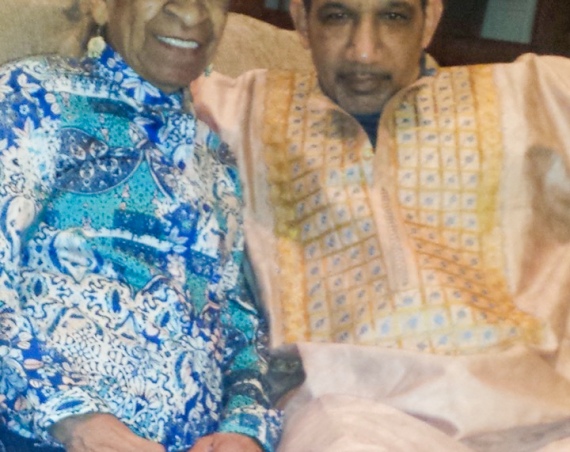 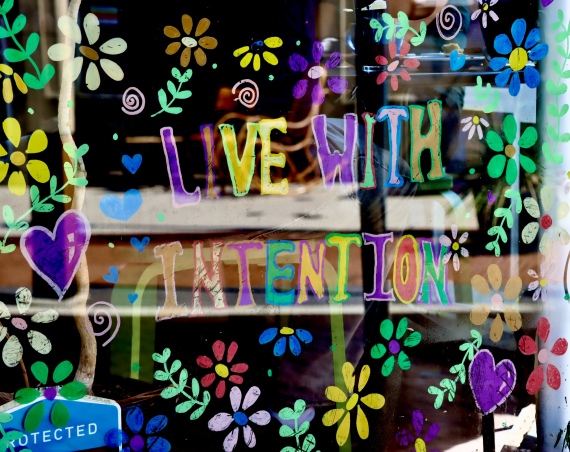 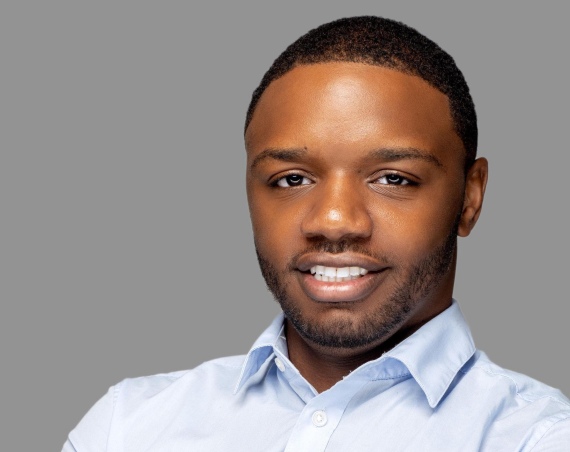 Andre Carroll, reflects on running for the legislature for the first time, his influences, and getting 43% of voter support