Volunteers was tasked to cleanup trash and litter along a one mile of stretch of Germantown Avenue between Seymour Street and High Street.

Many eager volunteers showed up from all around Germantown. Each volunteer was given a broom, a dust pan, and a bag for garbage collection.

“A couple times a year we do organize neighborhood cleanups and we do it in partnership with Friends of Germantown Northwest,” said Emaleigh Doley, corridor manager for Germantown United.

“Everybody knows Keith…he is always wearing a Germantown hat and cool shirt with a message.”

Schenk and Doley greeted everyone who came to the event, and laid out the goals of the event. Families, fellow organizations and even people who were not even from Germantown volunteered.

Karl Blau, who came out to the event, discovered the event through an encounter with Schenk at the Germantown Espresso Bar.

Blau spoke highly of Schenk and his contributions to the Germantown community. Other volunteers have had a personal connection with Schenk.

“Keith has kept me out of trouble, he has always looked out for me,” said Reggie Knight as he swept around the target area. Knight also stated that Schenk was his basketball coach. 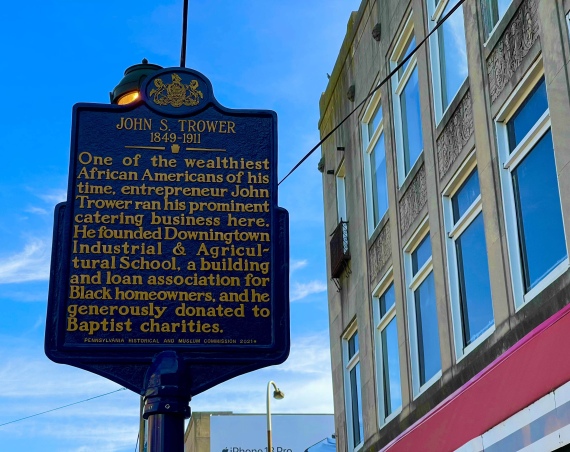