It’s Lena if you really know her in Germantown, but it’s Cathy for other people.

Catherine Lena Brown was born, raised, and became an adult in the neighborhood, raising all her kids here with her husband Dana (her high school sweetheart). She identifies with what she calls “the placeholders”, folks that have multiple generations of family in Germantown and have stayed in the area through all its many changes, good and bad.

“A lot of people don’t have access to the house they were born in. I do,” Brown said. “When I’m in that house, my center is jumping for joy. It gives me that little girl, all’s-good-in-the-world feeling.”

That house is her grandmother’s and it’s still there, on Rittenhouse Street where multiple generations of Brown’s family were located.

“What I see is missing is a voice for those who held place,” Brown said.

“When we were going through the total downturn of Germantown, there were generations of families of us who stood ground and said this is still my home, still my block, still my neighborhood, and we’re going to keep it right here,” Brown continued. “But I just don’t see that voice. It’s just untold stories.”

Brown hopes to be a catalyst for sharing those stories and perspectives. She’s an author, a community organizer and activist, and the director of the West Oak Lane Senior Center. She’s also the producer of a local sports talk show on YouTube.

Stories, about sports, about the local butcher that used to be on the corner, or about the way neighbors swept the sidewalks after the trash trucks came around, are what Brown thinks are missing from today’s dialogue in the media about the community.

It’s one of the reasons she stays connected to what’s going on now, and one of the reasons she attended a workshop by G.R.E.A.T. (Germantown Residents for Economic Alternatives Together). After learning about radical time-banking at the event, she wrote a piece about the “time poverty” she saw many African-American families face growing up.

“ When you have lack of time, you have a lack of figuring out,” said Brown. “It’s a luxury to sit and dream.”

“ When you dream, you can see a future that’s not quite there yet,” she continued. “Let’s dream it and then five minutes later, let’s just do it.”

Brown thinks that with more time, a free flow of information and resource sharing, there will be more choices available to everyone in Germantown. It’s the lack of choices that she feels gets people stuck, and why she started organizing in her community when her children were very young.

Brown hasn’t lost her optimistic view of Germantown’s potential, even while navigating some of the challenging development issues, and pushing back when placeholder families get left out of the conversation.

“When it comes to Germantown and what it could be, I’m so about it.” 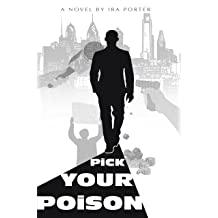 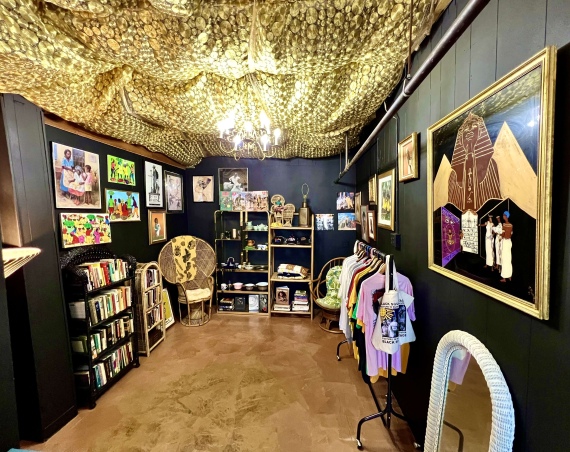 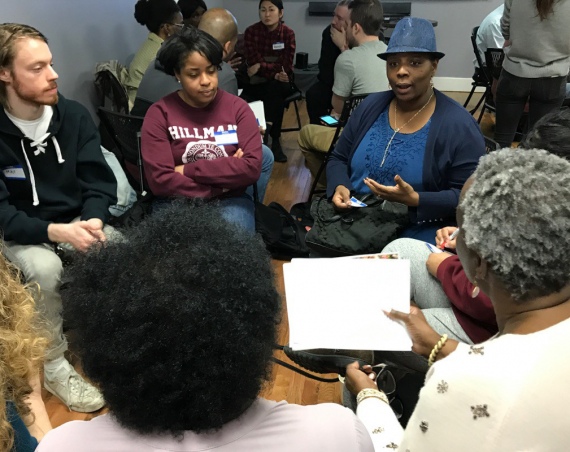